Recognized as one of the major heritage and historic sites in India, Nalanda, located in the state of Bihar, is a must visit for the ones, who wish to get themselves acquainted with the colorful incidents of India’s rich and glorious past. While some may visit Nalanda to understand and decrypt the mysteries of Buddhism, some may want to experience its tranquil and serene environment away from the hustle bustle of the daily life.Whatever be the purpose of visit, Nalanda can get as interesting as one wants it to be. Ranging from traditional, historical, religious artifacts to valuable cultural insights, Nalanda has so much to offer to the tourists and never disappoints an incoming visitor. Here is list of popular tourist destination in and around Nalanda which can add to your joy.

Spread over an area of about 14 hectares, this site reflects the architectural brilliance of the ancient times, leaving the tourists wonder struck at its grandeur. The remains of six brick temples and eleven monasteries are arranged on a systematic layout, spread out over an area of about one km. The edifices are built of red bricks and are surrounded by beautiful gardens. There is a central walkway that runs south to north, with the monasteries or Viharas to its east of this and the temples or Chaiyas to the west. The Vihara-1 is an architectural marvel with cells on two floors built around a central courtyard. The steps lead up to a structure that has been assumed to be a dais for the professors to address their students. A half broken statue of the Lord Buddha, retained in a small chapel leaves the tourists captivated. 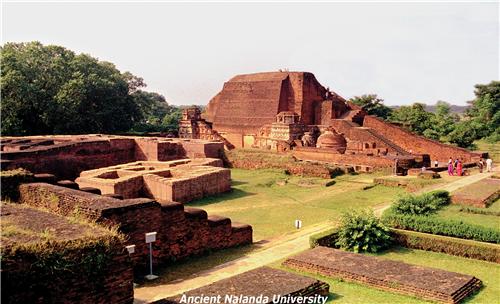 The Temple site -2 consists of stones and its beauty is represented sculptured panels, with themes based on the Hindu mythology. Here you can find beautifully carved sculptres of Lord Siva, Goddess Parvati, Lakshmi, Kubera etc. Other panels are also adorned with interesting geometric patterns depicting various themes of life. Another spectacular structure is the temple No 3 also called as Sariputra Stupa, with its enormous pyramidal mass from whose top one can get a splendid view of the entire area. It is surrounded by smaller stupas many of which are studded with small and big statues of the Lord Buddha in various poses or Mudras several other significant events of Buddha’s life. 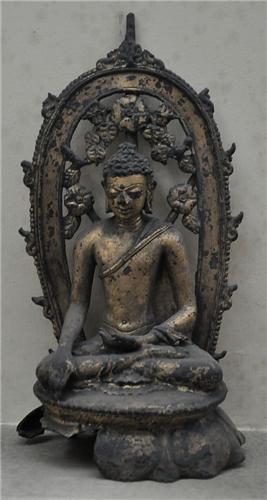 Nalanda with beautiful gardens is home to an archaeological museum . Established in 1971, this museum is located just opposite to the entrance of the University ruins. It is one of the prime attractions of Nalanda and is considered to be a signature site for the tourists. The excavated artifacts are mainly kept preserved in the four famous galleries of the museum. This includes an exquisite collection of antiquities, mainly Buddhist and Hindu bronze statues, terracotta jars of 1st century, copper plates, stone inscripts, coins, pottery, dominating image of Buddha, sculptures of Goddess Tara, Picasso-like 9th century Kirtimukha, samples of burnt rice from 12th century AD and some undamaged statues of Lord Buddha found among the ruins. Most sculptures are carved on basalt stone, some others are made of stones, stucco, terracotta etc.

A scale model of excavated remains of Nalanda University is kept the central place of the hall. Two enormous terracotta jars stand intact behind the museum in a shady enclosure. Another grand feature of the museum is that it precisely showcases the relics of the ancient Nalanda University, including its seal and its neighbouring areas. Thus tourists can have a glimpse of the Pala Art that reflects the fact that the University gave equal importance to fine arts along with intellectual progress.

Established in the year 1951, this is an institution devoted to the study and research of Pali literature in Nalanda. This is an institution where the students from foreign countries also come to study. There is a beautiful lush green garden in front of this institution which attracts tourists. The main aim of this institution is to bring back the old world charm of Nalanda as a seat of education and culture.This is a well maintained institution, with a calm and tranquil ambience, that makes it stand as a symbol of excellence. A magnificent Thai temple near Nava Nalanda Mahavihara attracts tourists from far and wide.

It has been built in memory of the great Chinese traveler Hiuen Tsang, by the Chinese as a peace pagoda. He is said to have resided in this place for over twelve years, during his stay in Nalanda, both as a student and as a teacher. This place houses some famous writings, manuscripts, relics, snaps etc of Hiuen Tsang that provide valuable information about medieval India, its rich culture and glorious past. 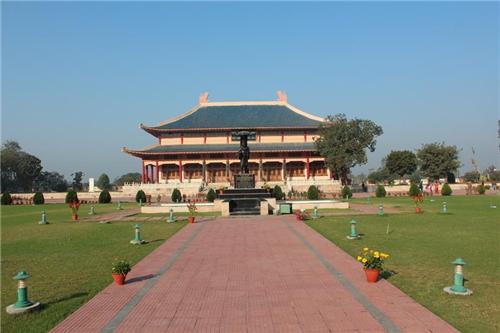 It is situated on a small hill, with cool and alluring ambiance. It has a beautiful garden, with a big pagoda style bell. Modern-day backpackers will appreciate the statue of Hiuen Tsang at the front. The Memorial Hall, its architecture and the entire complex is a visual treat to the tourists. 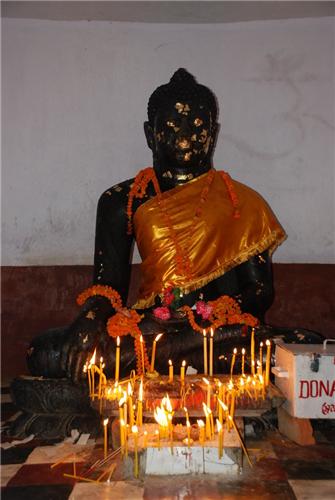 The Kundalpur Jain Temple is a beautiful temple located within a kilometre, from the entry gate of Nalanda University ruins. This spectacular white marble complex is a popular pilgrimage centre of Jains as it is believed to be the birthplace of three important disciples of Lord Mahavira. It is also believed that Mahavira himself has visited this place several times. It is extremely an extremely pious and sacred place and stands testimony to the fact that, along with Buddhism, Jainism also flourished in Nalanda.

It is a small village in the vicinity of Nalanda University. It is believed that, Lord Buddha had stayed at one of the mangroves surrounding the village and Lord Mahavira had spent many rainy seasons here, delivering important sermons. It is known for its history of silk weaving. While in the village, the legendary tradition of Tussar silk weaving engages the visitor, so do the simple countryside delights like cattle-rearing, sericulture etc. It thus contains all elements of a rural economic unit and symbolizes the rich cultural and spiritual legacy of India.